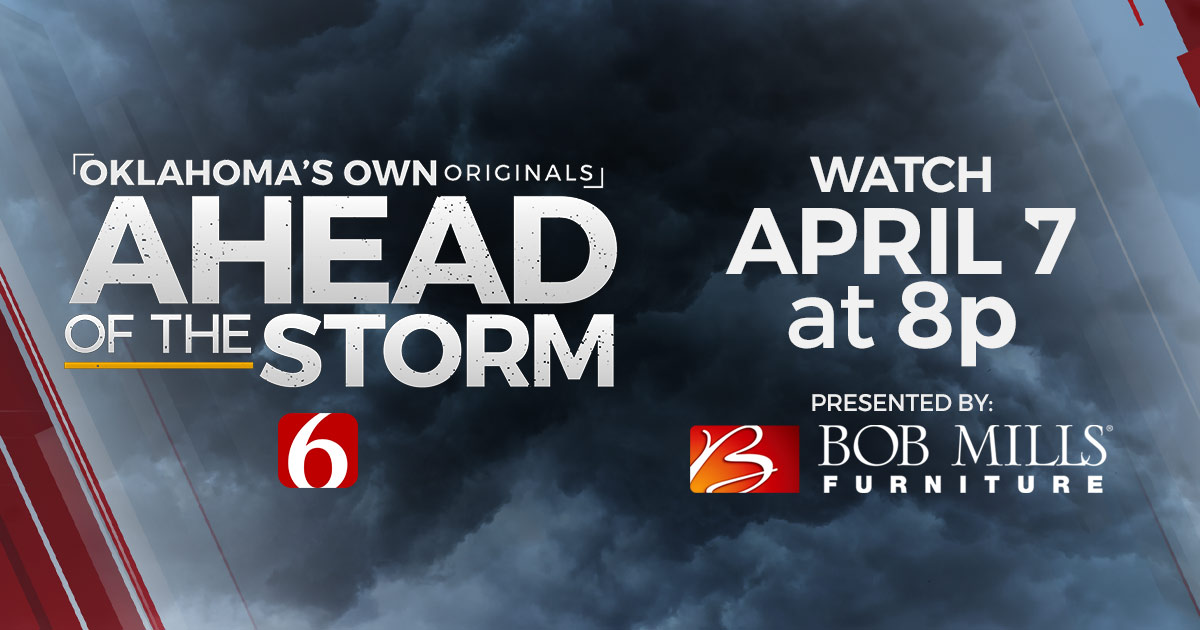 News On 6 Presents Ahead Of The Storm

TULSA, Okla. – Oklahoma's weather can be unpredictable, and it’s some of the most dramatic anywhere. As part of our mission to keep Oklahomans safe and informed, News On 6 will be airing our “Oklahoma’s Own Originals: Ahead of the Storm” severe weather special on Thursday, April 7 at 8 p.m.

“Oklahomans know storm season can bring anything from deadly tornadoes to damaging wind and hail,” said Mark Pinkerton, News On 6 Executive Producer of Special Projects. “In this half hour special, the News On 6 weather team wants to help families be prepared for whatever this spring could bring.”

Presented by News On 6 and Bob Mills Furniture, “Ahead of the Storm” will include in-depth stories from the Oklahoma Weather Experts, including Chief Meteorologist Travis Meyer’s spring forecast and Meteorologist Alan Crone’s look at the rare back-to-back La Nina pattern.

Meteorologist Stacia Knight will sit down with a retired Moore teacher who took shelter with students during the deadly 2013 tornado outbreak, and Meteorologist Stephen Nehrenz will share how our team coordinates two helicopters as well as the state’s largest team of trackers.

“Spring is always an amazing time in Oklahoma – long-awaited warmer temps, plenty of sunshine and the ‘green’ back in Green Country. It also means severe storms and tornadoes,” said Chief Meteorologist Travis Meyer. “But, does the large drought affect our chances for severe weather and tornadoes? Also, is Tornado Alley leaving Oklahoma and moving to Mississippi? We’ll have some answers for you!”

And, few journalists have covered as many natural disasters as News On 6 Anchor Craig Day. He’ll share what he’s seen and what he’s learned in 20 years of reporting from hard-hit communities around Tulsa.

“Oklahoma’s Own Originals: Ahead of the Storm” joins our lineup of original programming that we’re proud to share with our viewers on News On 6, NewsOn6.com and through our streaming app on Apple TV, Roku, and Amazon Fire TV.