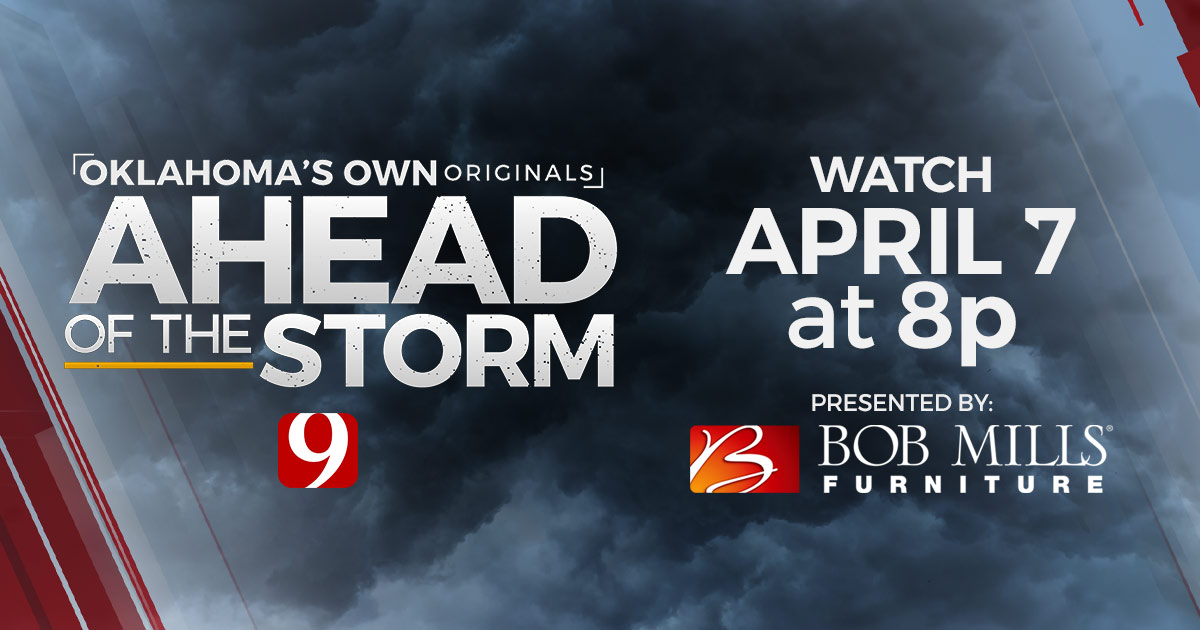 News 9 Presents Ahead Of The Storm

OKLAHOMA CITY, Okla. – Oklahoma's weather can be unpredictable, and it’s some of the most dramatic anywhere. As part of our mission to keep Oklahomans safe and informed, News 9 will be airing our “Oklahoma’s Own Originals: Ahead of the Storm” severe weather special on Thursday, April 7 at 8 p.m.

“Weather information is so critical to Oklahomans. Through ‘Ahead of the Storm’, we’ll show viewers the team and exclusive technology we use to keep Oklahomans safe during severe weather,” said Nathan Elliott, News 9 Director of Content. “Plus, viewers will get David Payne's expert forecast for this year's spring storm season and see first-hand what it's like to chase Oklahoma's extreme weather.”

“So excited to be a part of this year’s special! We take a look back at last year’s crazy weather and our unusual big tornado month,” said Chief Meteorologist David Payne. “We introduce our two newest meteorologists as the largest team is now even larger. We’ve been analyzing the data to put together my spring severe weather forecast for the next few months. Hint, this spring will not be as quiet as last year! A behind the scenes look of what it’s like on a severe weather day – how it all works! Some new technology that is so cool to keep you and your family safe during tornado season. And, why storms could put you in labor!”

Presented by News 9 and Bob Mills Furniture, “Ahead of the Storm” will provide a look at 4D radar and a new way to warn Oklahomans about tornadoes. Viewers will be able to see where their home ranks as we share the top nine tornado counties both in the state and in the country.

Plus, Lacey Swope will share the story of a woman who gave birth on the side of a road during a storm. We’ll also go inside the storm tracking vehicles of Val Castor and Jeromy Carter after they sustained hurricane force winds, and viewers can look forward to a peek at David’s Dictionary.

“Oklahoma’s Own Originals: Ahead of the Storm” joins our lineup of original programming that we’re proud to share with our viewers on News 9, News9.com and through our streaming app on Apple TV, Roku, and Amazon Fire TV.