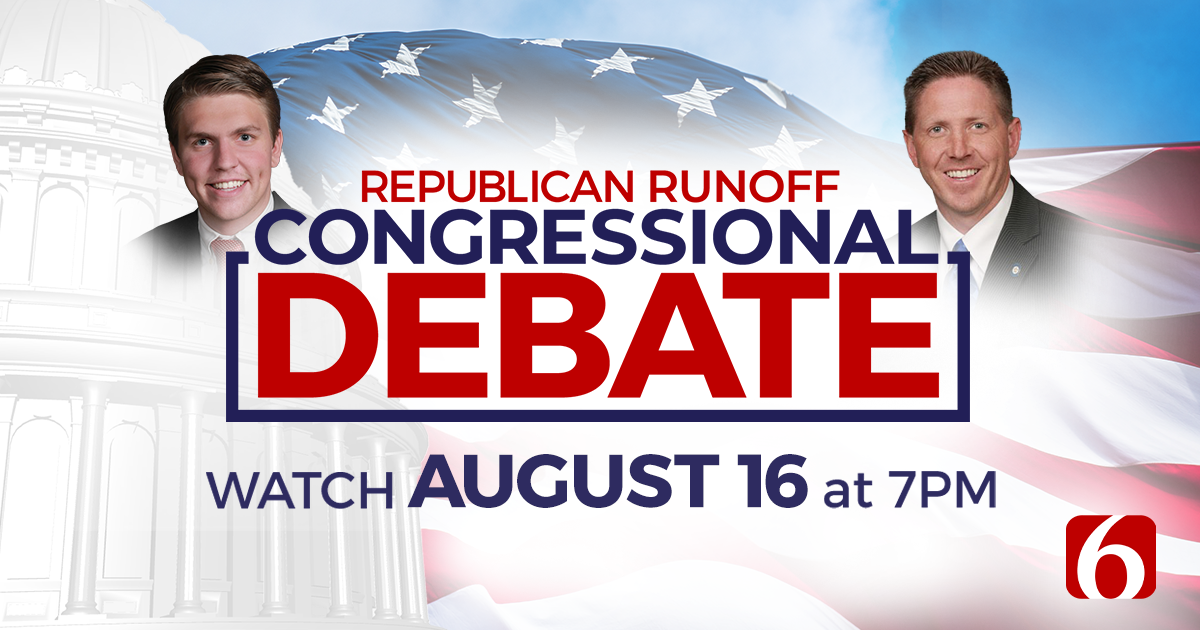 TULSA, Okla. – Oklahoma's Own News On 6 will be hosting a live, commercial-free debate on August 16 at 7 p.m. between Avery Frix and Josh Brecheen, the two candidates in the race to become Oklahoma's GOP nominee for the 2nd Congressional District.

“We are so grateful the two candidates for District Two have accepted this opportunity to let the voters hear them and get to know them in this in-depth, hour-long debate format,” said Chuck Maulden, News On 6 Director of Content.

The debate, held before Republican voters decide between Brecheen and Frix in the August 23 runoff election, will be moderated by News On 6 anchors Lori Fullbright and Craig Day.

Our Oklahoma Congressional Republican Runoff Debate will air live and commercial free on Tuesday, August 16 from 7-8 p.m. on News On 6, NewsOn6.com and through our free streaming app on Apple TV, Roku, and Amazon Fire TV.