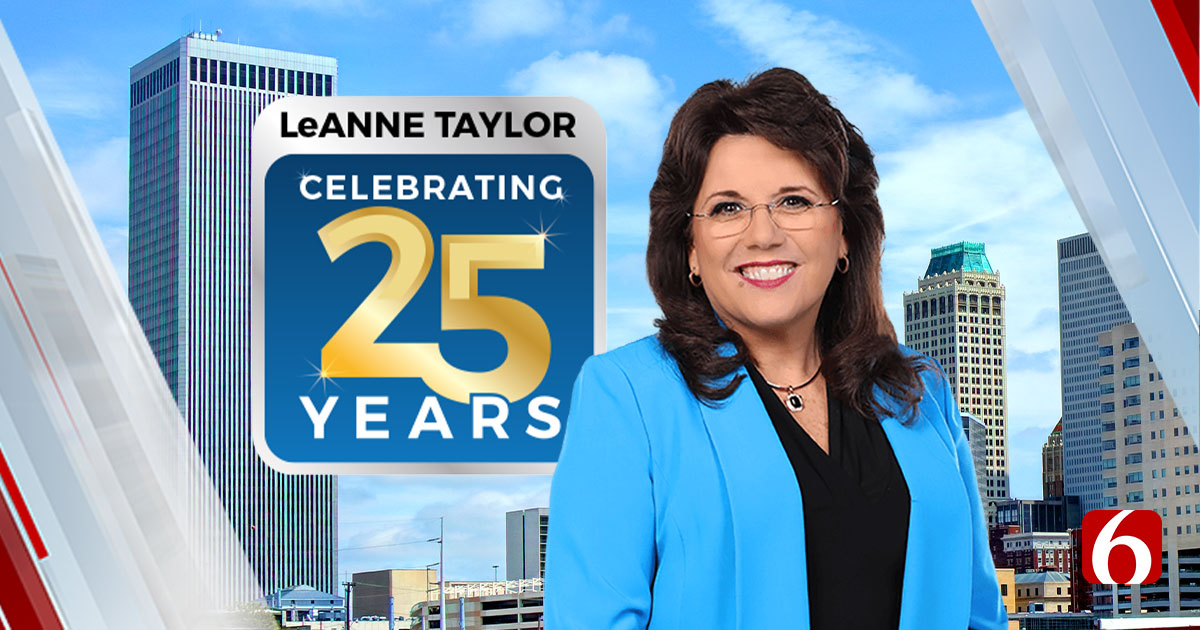 TULSA, Okla. – Longtime Tulsa news anchor LeAnne Taylor is celebrating a significant career milestone – 25 years of service to Oklahomans while reporting and anchoring at News On 6.

“I can’t believe I’ve been doing 6 In The Morning now for 25 years! Viewers have welcomed me into their homes each morning and I treasure that connection,” said Taylor. “Over the years, I’ve had so much fun that it’s made those early hours worth it. I look forward to year 26!”

Taylor joined the News On 6 team on January 1, 1998, and she has earned the love of our community and the trust of thousands who tune in each weekday morning for their local news.

“LeAnne is an amazing journalist whose long tenure at News On 6 has made her a broadcast legend in Tulsa,” said Chuck Maulden, News On 6 Director of Content. “She is a great mentor to many in our newsroom, providing insight and wisdom every single day. Her impact on Tulsa is felt every day as the most-experienced anchor of one of the most-watched morning newscasts in Oklahoma and the country.”

“Working for the same company for 25 years is not something that just happens to you. LeAnne is intentional in everything she does and has set the example for how to work hard, always think about our viewers first, and – most importantly – how to be a loyal friend,” said co-anchor Dave Davis. “It’s been a privilege working with her for 12 years of my career, and I know that many Oklahomans feel like they’ve known her a lot longer than that. Congratulations, LeAnne!"

A Tulsa native with a heart of gold, Taylor is truly one of Oklahoma’s Own. She’s dedicated her professional life to sharing the stories of Oklahomans, and her passion in the fight against breast cancer has had a tremendous impact on those battling the disease in our community. Taylor was the recipient of the “You Make A Difference” award for making her private battle with breast cancer public. She was also given the “Promise of One” award for her work through Susan G. Komen.

Taylor is a graduate of Oral Roberts University with a degree in Telecommunications. She has been on air here in Tulsa since 1984.

Throughout her career, Taylor has earned a number of awards and recognitions from professional organizations and associations for her excellence in journalism. In 2021, the Heartland Chapter of the National Academy of Television Arts & Sciences inducted Taylor into the “Silver Circle”. The Silver Circle recognizes those who have “devoted a quarter of a century or more to the television industry, and who also have made a meaningful and significant contribution to broadcasting.”

Taylor is crazy about Shutterfly and loves to play the card game known as Hand, Knee and Foot. She and her husband Andy are members of Asbury Church where they are active in the Wesley Community. They love sharing time with their adult children, Rachel and Nick.