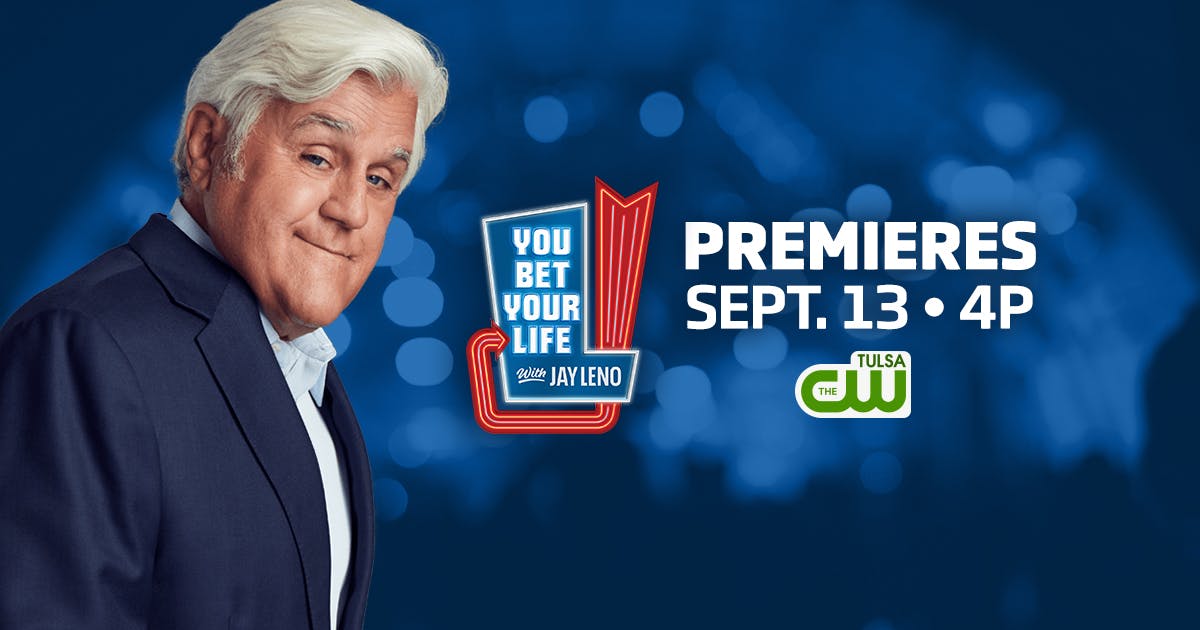 "You Bet Your Life" Launching On Tulsa CW

TULSA, Okla. – Griffin Communications is excited to announce that the classic game show “You Bet Your Life” will be back on TV starting September 13 at 4 p.m. on Tulsa CW.

Hosted by Jay Leno and Kevin Eubanks, the comedy show wrapped in a game show will feature two complete strangers paired up to play for prize money by answering trivia questions correctly.

“We’re thrilled to have Jay and his friend & co-host Kevin Eubanks on KQCW this fall,” said Kim Eubank, Griffin Communications’ Director of Programming. “‘You Bet Your Life’ is sure to deliver a lot of laughs!”

“You Bet Your Life” will premiere Monday, September 13 at 4 p.m. on Tulsa CW.

The classic comedy game show joins our lineup of excellent programming on Tulsa CW, our CW Network affiliate reaching more than 560,000 households. It is one of the top-rated CW affiliates nationwide with 8 a.m. and 9 p.m. newscasts, syndicated programming including The Big Bang Theory, Mike & Molly and 2 Broke Girls, plus critically acclaimed CW prime shows such as The Flash, All American and Riverdale. Learn more at TulsaCW.com.