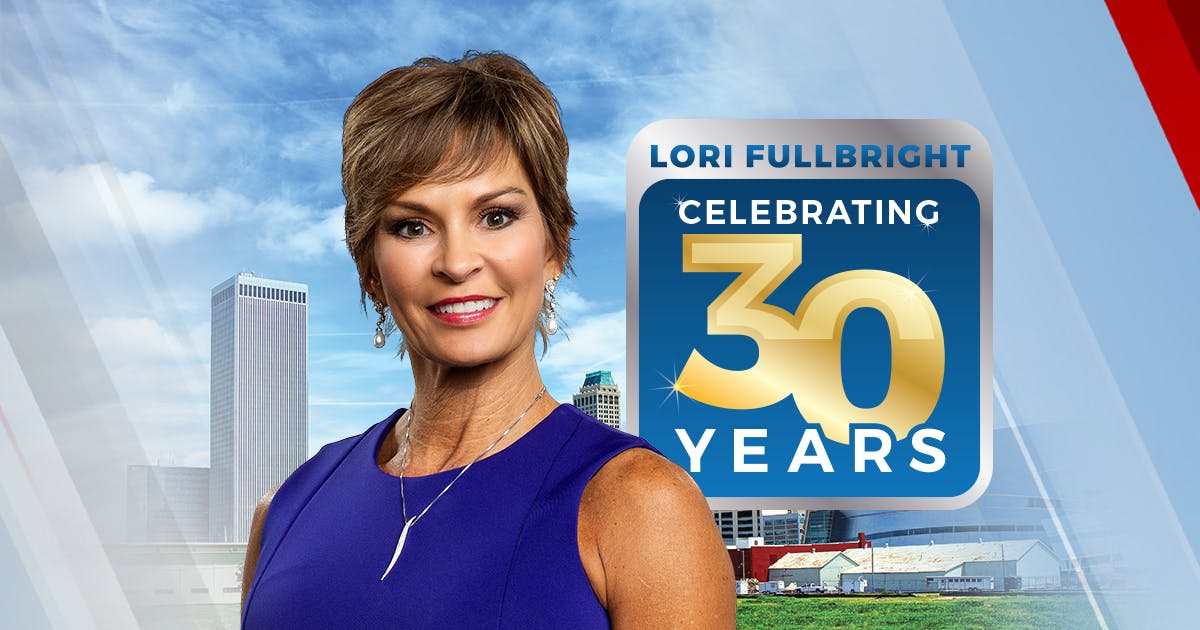 This week, Lori Fullbright, a familiar face on Tulsa airwaves since 1992, reaches a significant career achievement – 30 years of service to Oklahomans while reporting and anchoring at News On 6.

“I am beyond grateful to have worked at my dream job for the past 30 years and for a great team behind the scenes that deserves a world of credit,” said Fullbright. “I am also especially thankful to the people who have trusted me with their stories over the years and who continue to tune in every night for their news.”

Fullbright anchors the 5, 6 and 10 p.m. newscasts each weeknight on News On 6, and she has dedicated her professional life to keeping Oklahomans safe and informed. From her decades as a crime reporter to her commitment as a victim advocate to the thousands of crime prevention and safety seminars she’s given, Fullbright has had an unwavering dedication to our community.

“Lori is one of the most driven journalists I have ever known,” said Chuck Maulden, News On 6 Director of Content. “What drives Lori is her deep caring for people. For decades, she has taken the crime beat beyond daily reporting to long-term advocacy for victims. Lori relentlessly pursues the telling of victim stories to make sure our viewers understand the impact of crime on us all.”

“I’ve never seen anyone with the combination of work ethic, energy, passion, commitment, and empathy for the people she covers that Lori has shown for three decades,” said Fullbright’s longtime desk partner and co-anchor Craig Day. “I’m blessed to work alongside her, and treasure her friendship.”

At just 12 years old, Fullbright knew she wanted to be a journalist. After graduating from the University of Missouri, Fullbright worked at three TV stations before joining the News On 6 team on January 30, 1992. Since then, Fullbright’s passion for sharing the stories of Oklahomans has led her around the world with special reports from Iraq, Bosnia, Spain, Italy, St. Lucia and London. She was also stationed in Denver for nearly a year to cover the Oklahoma City bombing trials of Timothy McVeigh and Terry Nichols. She later covered McVeigh's execution.

“I never would have imagined that agreeing to work on a story with this new reporter years ago would turn into a 24-year partnership with one of the most caring and dedicated journalists I ever worked with,” said Oscar Pea, News On 6 Chief Photojournalist. “I've worked alongside many journalists in my career, but none as committed to making sure the story is as thoroughly covered as Lori. Her uncanny ability to make a complicated story understandable is one of her greatest gifts. As much as I cherish the working relationship we'd had over the years, I value her friendship the most. She's one in a million!”

A two-time Emmy award winner, Fulbright has earned numerous recognitions from professional organizations and associations for her excellence in journalism, including her recent induction into the Oklahoma Journalism Hall of Fame as a 2020 honoree.